I recently returned from an outstanding trip to Spain, and while I enjoyed an amazing array of food and wine adventures, one dinner in particular stood out.

I initially opted to visit Mallorca because I fell in love with a wine from the island, but I had no idea that my quest to see the winery in person would lead me to experience the island in such a unique manner.

We were eating at the Michelin starred Cuina De la Terra in Capdepera with our hosts, family friends, and the venerated Mallorcan artist Joan Bennàssar, who has written extensively about local wine.  While discussing wine, art, culture, and island history, Bennàssar made a comment in passing that stuck with me.

He swept his hand towards the wheat swaying in the breeze nearby,

“This, we turn to bread.”  “Olives, oil,” he gestured to the green tinged oil in the hand blown glass, “and grapes, into wine. And this. This is what makes us civilized.”

It was one of those moments where time stood still for me.

Mallorca is a place that is intrinsically connected to the land.  Its inhabitants are fiercely protective and proud of its unique heritage, which gets harder and harder to preserve in the face of overwhelming tourism. The Medieval castle of Capdepera, one of the last villages on the island unspoiled by tourism, was uplit behind me and I was enjoying an outstanding meal with friends I haven’t seen in over a decade, outstanding hosts, and one of the great artists of our time.

But really, it’s the simple things that make us civilized.

Autographing his book, “The Wine I Drink Tastes of the Sea” 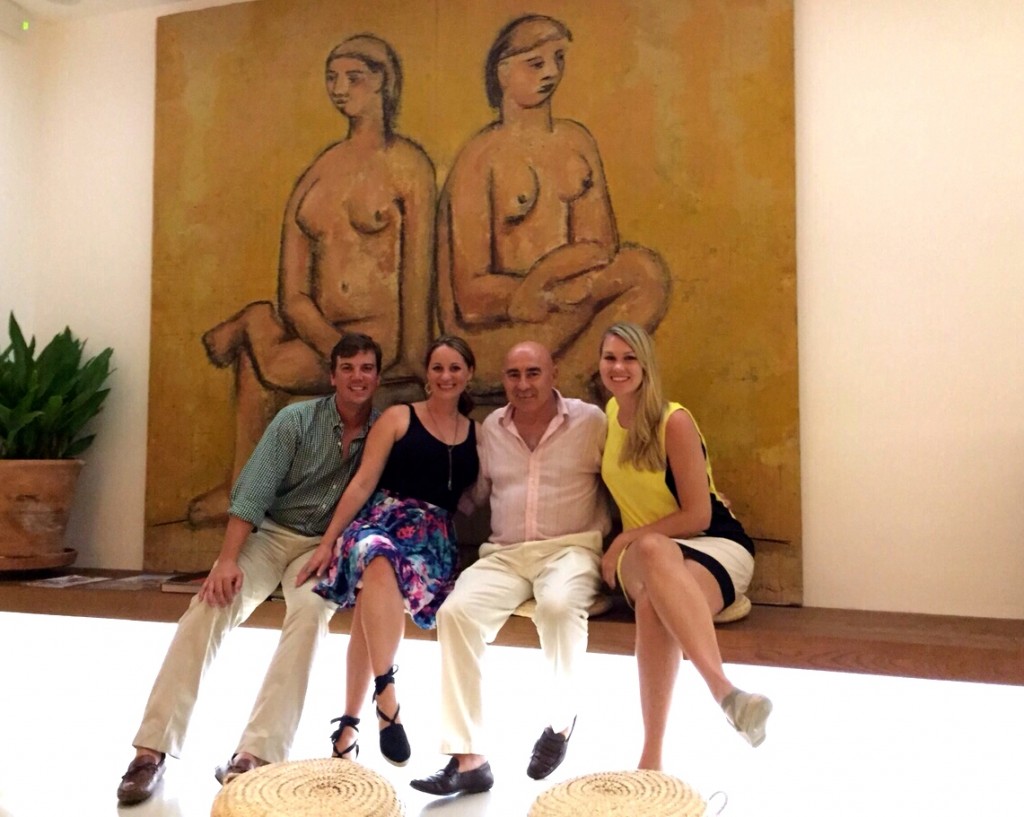 We lingered at the table for 5 hours over far too many bottles of wine, and then took a tour of Bennàssar’s works on the property. In this age of smart phones, concrete jungles, and the importance of being busy it was truly a night to remember.