As DC braces for its first cold snap of the season, I’m reminiscing about July in Malibu! 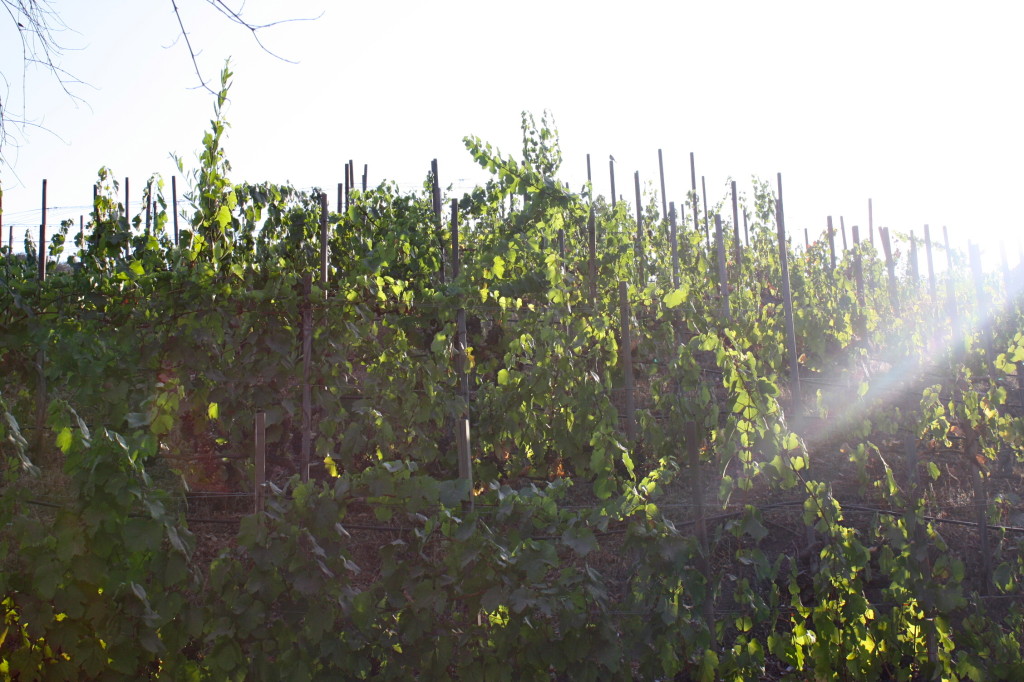 In a region known more for surfing and celebrities than vino, I had the opportunity to have lunch with an outstanding winemaker, Elliot Dolin.  He was kind enough to share his wine, chat his past life on the road with Willie Nelson, and the newly designated AVA in Malibu over lunch at V’s.

Dolin wasn’t always a winemaker, or even aficionado.  In fact, in the mid 90’s he started out knowing “next to nothing about wine at the time other than the fact that wine was either red or white.”  It was at a friend’s regular wine gatherings where he began learning more, collecting wine and taking classes at UCLA.

After purchasing a home in Malibu, Dolin realized he had land perfect for growing grapes, and so began his vineyard in 2006.

“Given our proximity to the coast, Chardonnay was the logical varietal choice. There was then no question that we would pursue the production of wine from these grapes,” said Dolin. 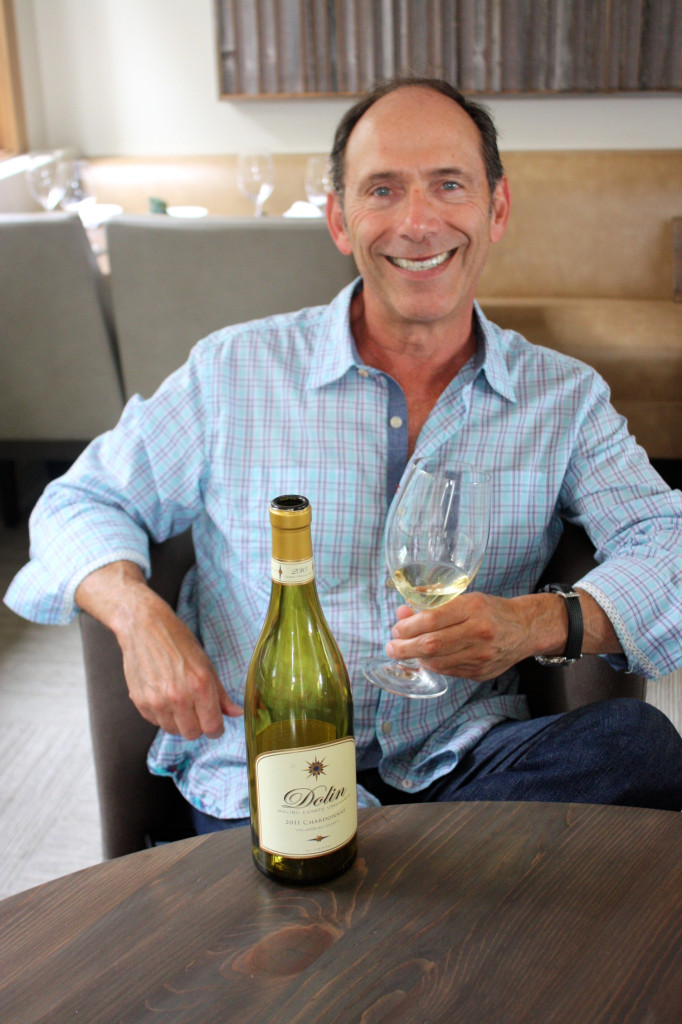 Elliot Dolin with his 2011 Chardonnay

Although the cost of production at small, family owned wineries can be prohibitive, Dolin had his eye on expansion from the very beginning.

“Effective with our 2012 vintage, we have dramatically expanded our production to include four distinct single vineyard Pinot Noir bottlings.  In addition, for the 2012 vintage, we have produced a proprietary red wine made with grapes grown in a vineyard at a much higher elevation in Malibu. Thus, our 2012 production was close to 2000 cases, almost 10 times that of 2011.”

This is good news for wine lovers here on the East Coast!

“Given our higher, yet limited, production, we’re currently seeking distribution channels that will make our wines available throughout the United States.”

Currently, his Chardonnay is available to enjoy in DC at Oya. Drinkers can expect a well balanced wine with a rich, creamy mouth feel, tropical fruit notes and vanilla on the palette.  It recently received 90 points from Wine Spectator.

2013 was an odd year for California vintners.  Harvest broke records in many areas with its early timing, but Dolin is optimistic.

“We are quite excited about the 2013 vintage. Our Estate chardonnay vineyard produced almost exactly the yield that we targeted. And the barrel samples that I have tasted reveal a very promising 2013 vintage for both our Estate Chardonnay and our single vineyard Pinot Noir grapes.”

There was quite a lot of hoopla over the designation of Malibu as its own distinct AVA. Dolin’s perspective on how this affects his own winemaking:

“The new Malibu Coast AVA allows us to label and identify our wines as being produced with grapes from a specific region, versus being limited to identifying them as originating from either “Los Angeles County ” or “California”.  Aside from establishing this sense of place for our wines,  we also benefit from the official government recognition that establishes the Malibu Coast as a legitimate wine growing region.”

Dolin was a professional musician for much of his life and has great stories of touring with music greats Ray Price, Willie Nelson, Johnny Paycheck, Faron Young, Ernest Tubb, and Merle Haggard. When he’s not making wine or music, Dolin is an avid classic car collector. 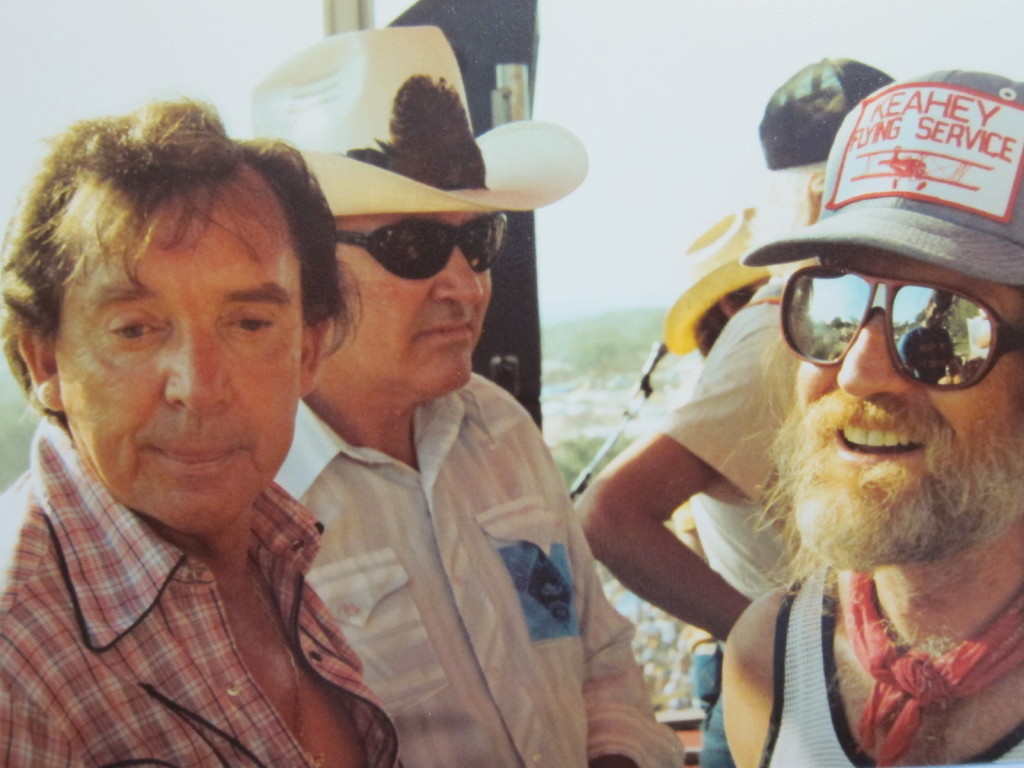 From Dolin’s days as a professional musician. Pictured: Ray Price and Willie Nelson. In Willie’s sunglass lens you can see a reflection of the legendary steel guitar player Buddy Emmons.

Have you tried wine from Malibu?