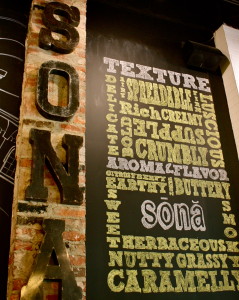 No matter how busy Sona is, there has never been a time when owners Conan & Genevieve O’Sullivan don’t stop to greet me with a smile.

The Capitol Hill outpost has just celebrated 100 days of being open to the public and has already cultivated a devoted group of regulars.

My favorites are the Chardonnay from Macon- crisp with apple and pear notes, and refreshing minerality- and the recent addition of a French rosé- aromatic with red fruit and a classic, Provençal blend perfect for spring sipping.

These two Pacific Northwesterners made the cross country move to be closer to family, finding DC to be nothing but “kind, open, and welcoming,” words that aren’t generally used to describe this town.

When Conan used those words to describe their DC initiation I was surprised, because they’re the exact words I would use to describe Sona and it’s affable proprietors.

“This is our dream,” said Gen, of opening Sona.

They’ve put together a team that works seamlessly, “dividing and conquering” the crowds that come in for a bite to eat or a glass of wine.  Even though they seem to have come as a package deal, the managerial team is actually just a fortuitous conglomeration- and it’s one that clearly works.  “These are people I would want to hang out with,” says Gen. 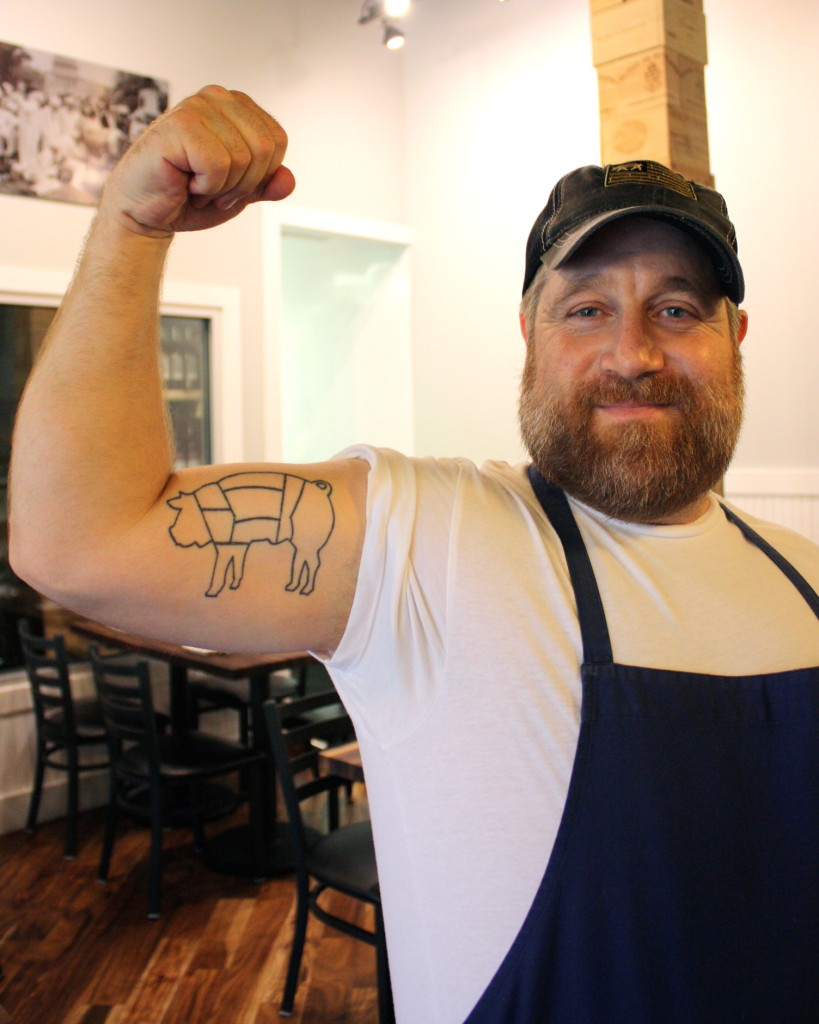 Chef Frank D. Paris, III churns out impeccable small plates to accompany the wine list. Here he shows off his affinity for swine, which makes frequent appearances on the outstanding menu.

Originally from Virginia, this Mid-Atlantic native has spent plenty of time in the real south (no, VA doesn’t count, Chef!).  These Dixie culinary influences are consistent throughout the menu, most notably (and deliciously) in the Pig Ear and Pimento Cheese Crostini- a dish I have trouble not ordering each time I come in. The Fried Chicken, Mac & Cheese and Turkey Burger are other menu standouts, although I haven’t tried anything that I didn’t enjoy immensely.

In approximately 2 weeks, diners and sippers can enjoy patio seating, and more wine dinners are in initial planning stages. While the wine list currently focuses on by the glass selections, there are plans to introduce a reserve bottle list- the result of careful listening to what their patrons want.

After the recent loss of Cowgirl Creamery’s DC outpost, Sona will be the only creamery in Washington, DC.  It’s a process that has taken years of planning, permitting, engineering, and consulting with veteran cheese makers from France, Canada, Holland and across the States. 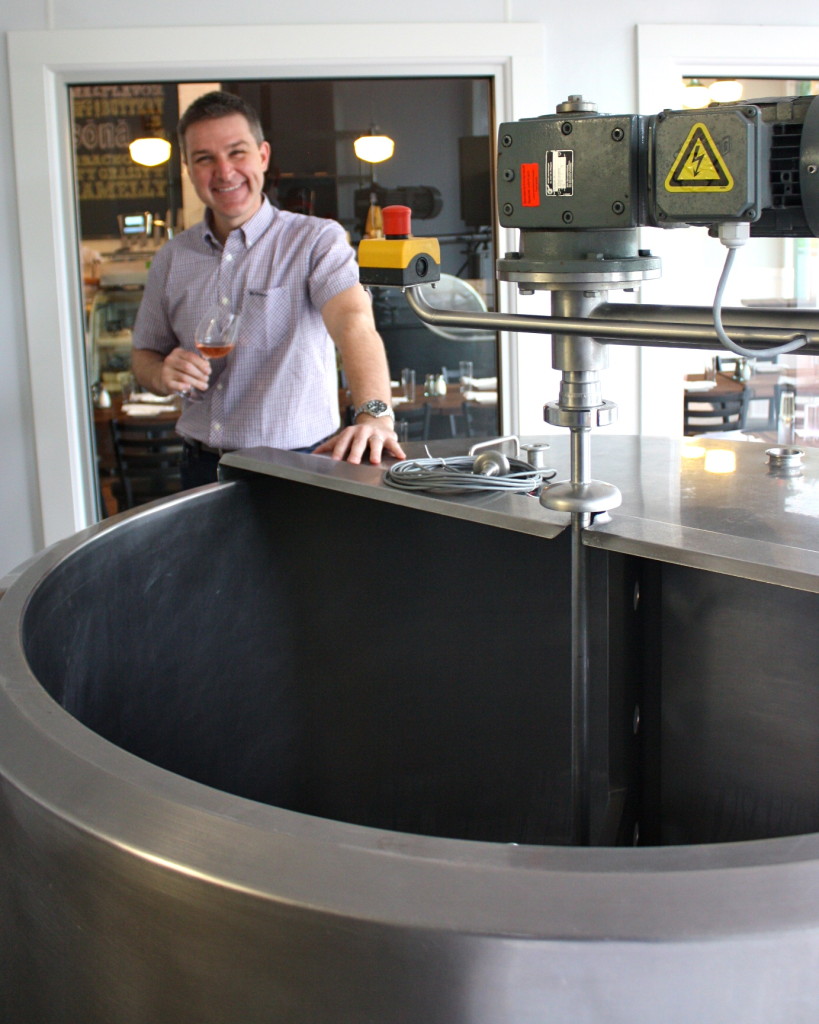 For now, they are working on the last step- the boiler installation process; no small feat that involves engineers, permits, and precise science.  Once it has been installed they’ll start the cheese making process immediately.  Some cheeses, like Chevre, take a mere 24 hours, while aged Goudas can take anywhere from 3 months to 3 years to produce. 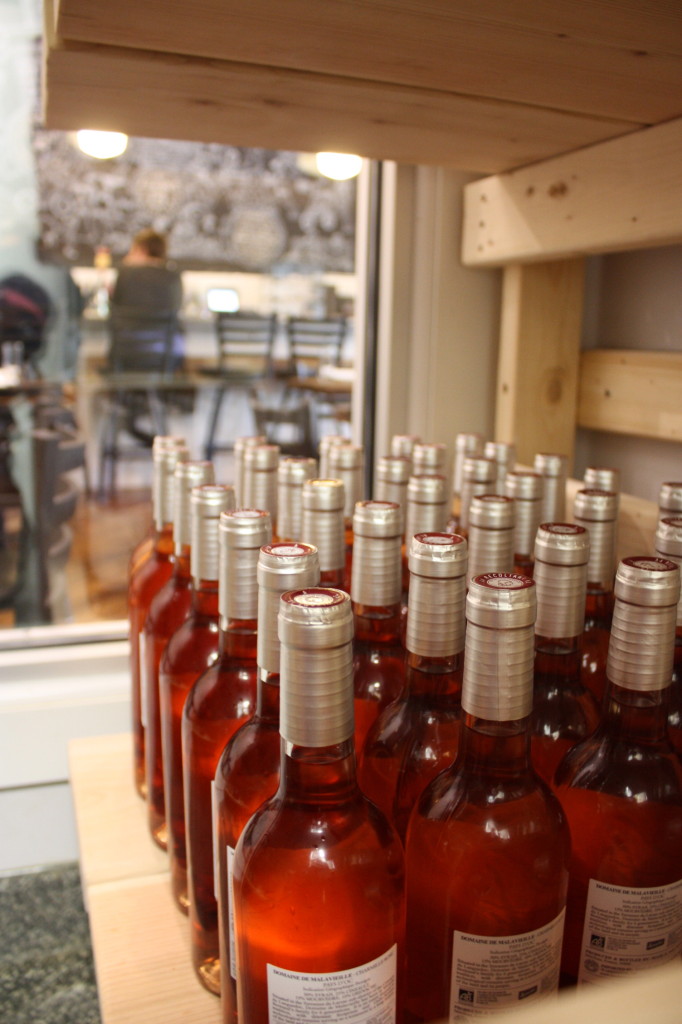 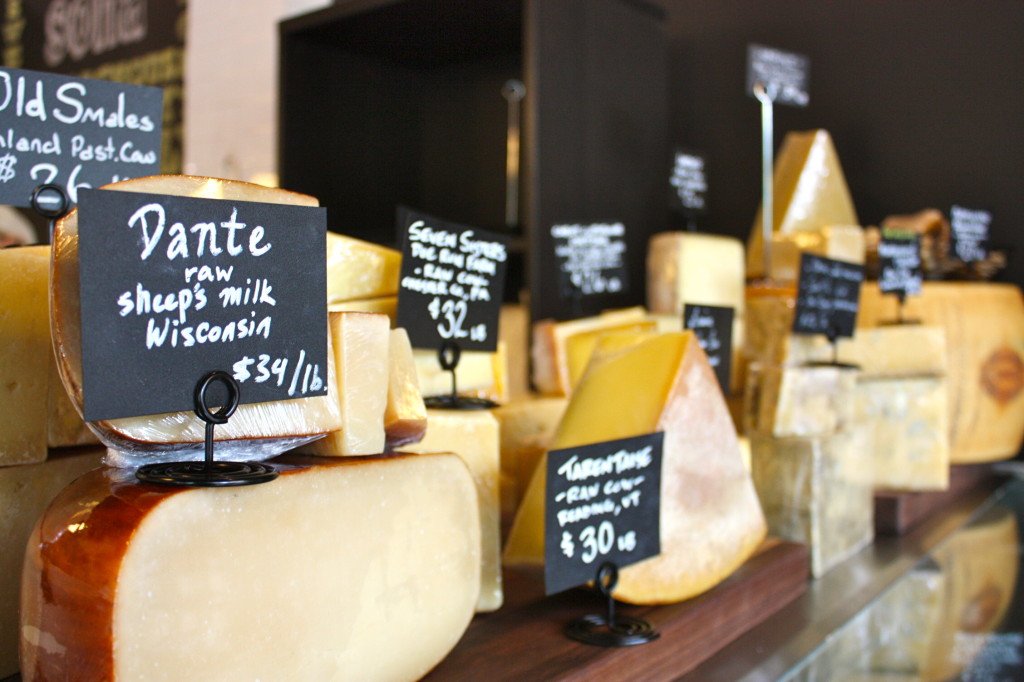 When they’re not dividing and conquering, you can see the team laughing and joking together in rare down time like old friends.

It’s a place I like to do the same, taking friends and family members to enjoy what has quickly become a neighborhood favorite.

Have you tried Sona yet? If you’re on the hill, be sure to stop by in honor of National Small Business Week- you won’t regret it!