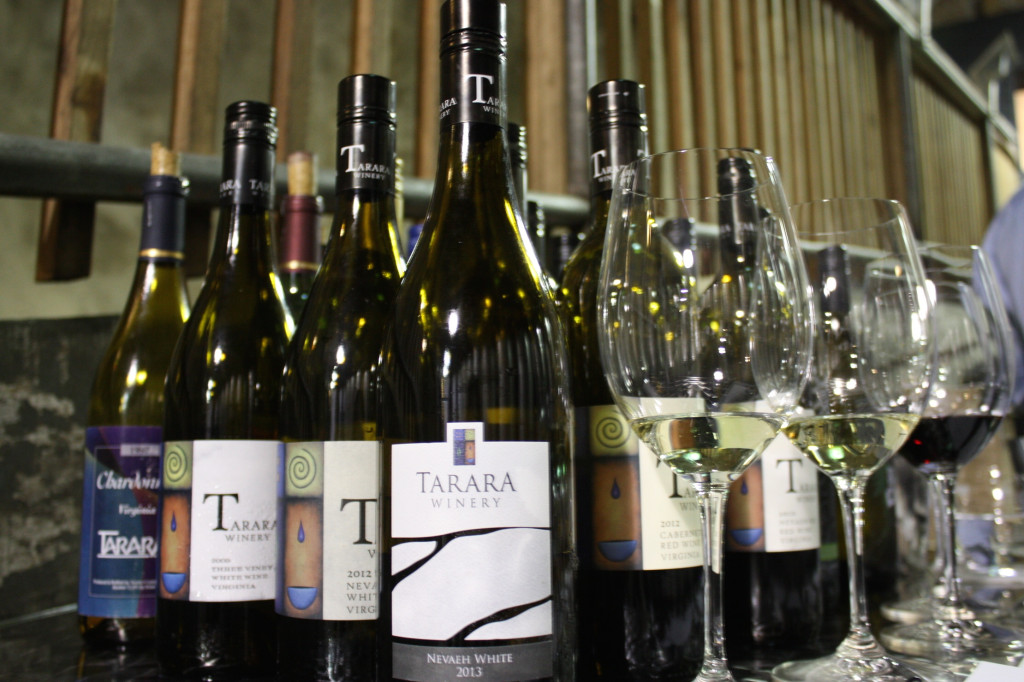 After a Leesburg lunch with Just the Bottle, we made our way to the winery to join something of a motley crew of Virginia wine bloggers and press.

There, we enjoyed a glass of their Boneyard Bubbly before exploring 5 flights of wine, including verticals and selections from the library.  We sipped and chatted 25 years worth of wine-making in the tank room before taking in the last of 2014’s  summer concert series on the late summer evening.

Despite the bevvy of Riedel crystal glassware and artisanal cheeses, the event was anything but pretentious.  Harris set the tone early on with his assertion that a “winemaker is the most overplayed profession in America.”

I don’t know that I agree with him on that, but the evening offered a rare opportunity to lob questions at a winemaker in a small group setting. 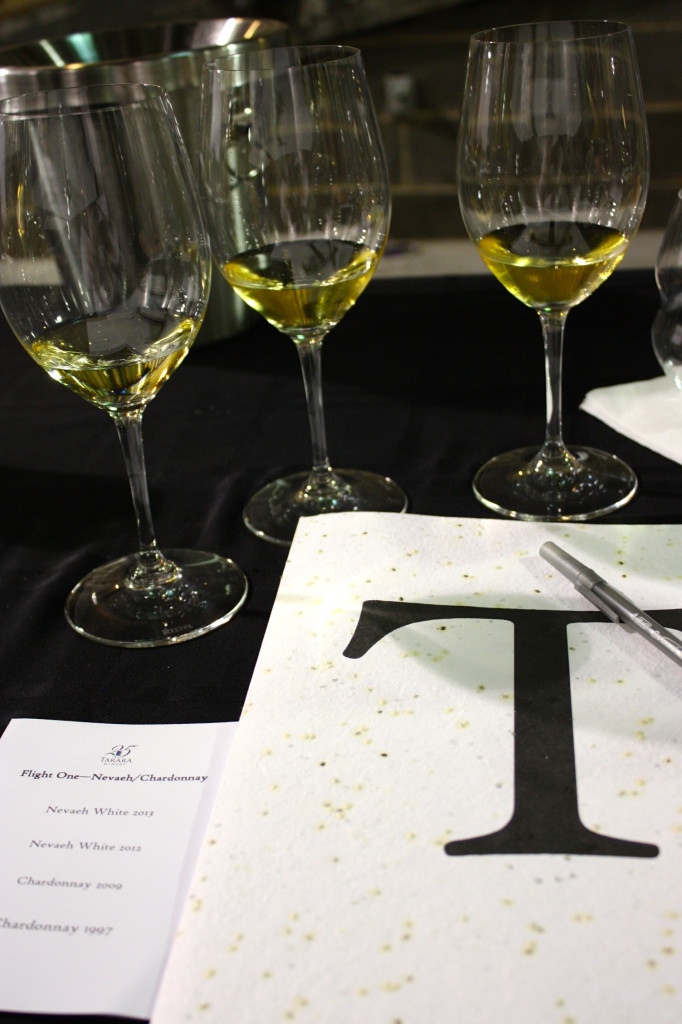 As Virginia comes into its own as a respected wine producing state, it faces a serious marketing dilemma.  Attempts to pigeon hole the diverse terroir have led people to make associations with the Loire Valley in France, asserting “Viognier THE Virginia Grape”, “Cab Franc THE Virginia red grape.”

One of the most popular discussions among Virginia wine makers and consumers lately has been that there doesn’t need to be a state anything and to let Virginia be Virgina. While marketing has its place, I’m a much bigger fan of letting the wines and terroir speak for themselves.

When Harris joined Tarara in 2007, the winery made some major changes.  There was a distinct lack of focus that they decided to tackle head on.

“You’re only as strong as your weakest link,” said Harris.  In this case- that meant wine.  And so they got to work. He axed the top three sellers and replaced equipment. Harris is only willing to produce and do what he enjoys- with one major exception: Cab Franc.

If he were to have a Facebook relationship status with THE Virginia red grape, it would most certainly read, “It’s complicated,” but Tarara can’t seem to keep it on the shelves.  Relationship status aside, Harris produces some outstanding Cab Francs (although we seem to have opposite preferences when it comes to vintages!)

Cab Franc is known as having some of the greatest variability between vintages of any variety. “I just don’t trust it,” said Harris. 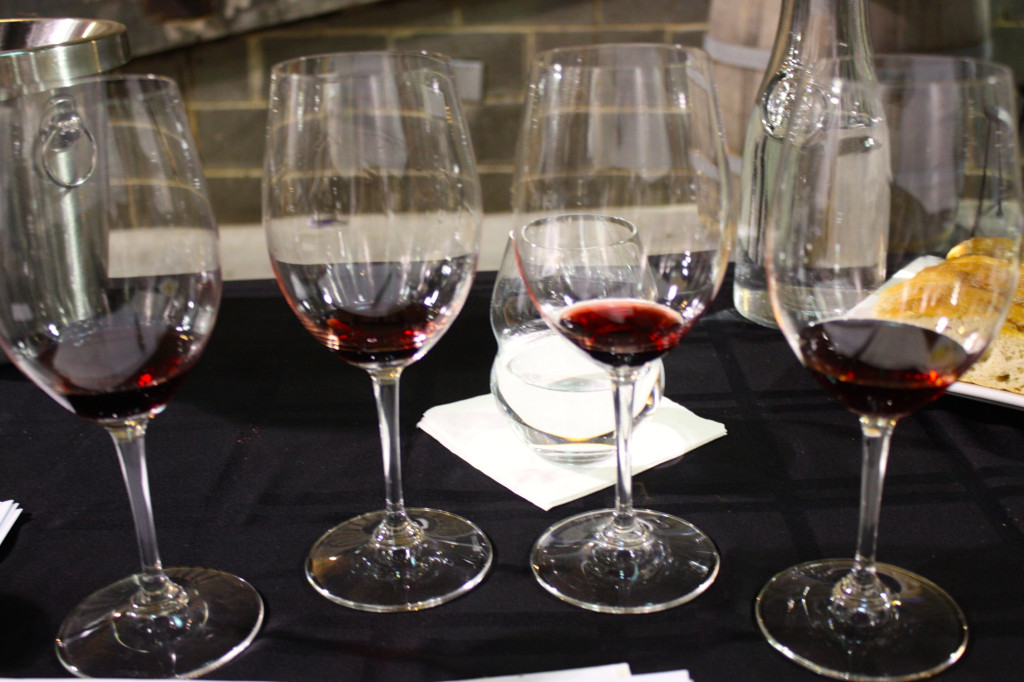 The 2012- to my palette- was outstanding.  Well-balanced, earthy, with just a touch of funk and pepper I love to taste in Cab Francs. “Hedonistic,” was Harris’ assessment of the vintage, but I don’t expect Cab Francs to exhibit exceptional restraint. This wine was no shrinking violet, and that’s just how I like it!

Other stand outs from the tasting include the Tranquility Red 2010, a blend of Cabernet Sauvignon and Tannat.  This wine showed incredible finesse.  Slow to open up, I liken it to the introvert at the party that proves worth getting to know.  The longer you gave it, the more it gave back with ripe dark fruit and earthy balance.  This wine speaks quietly, but profoundly, if you care to listen.

The 2010 Syrah was another treat.  No longer available for sale, this $100 gem (gasp!  A $100 bottle from Virginia!?) was elegant with spicy ripe fruit, espresso, licorice and exquisite balance.  This was an elegant wine with some serious staying power that will only get better with age. 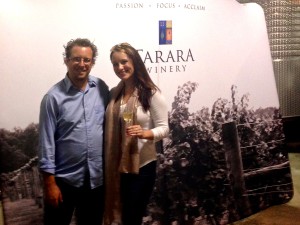 Thanks to the entire Tarara team and winemaker, Jordan Harris, for sharing some of your gems on this special evening- we may not agree on our favorite vintages, but it’s always refreshing to meet a winemaker willing to spill the secrets (and the juice!) behind one of Virginia’s most established wineries!

For a special occasion, consider booking the private room for a reserve tasting!