“Your seat’s open, be back in a few,” I’m greeted at the door. Indeed, my favorite spot at the long white expanse of marble seems to be the only one free on a recent crowded weeknight. 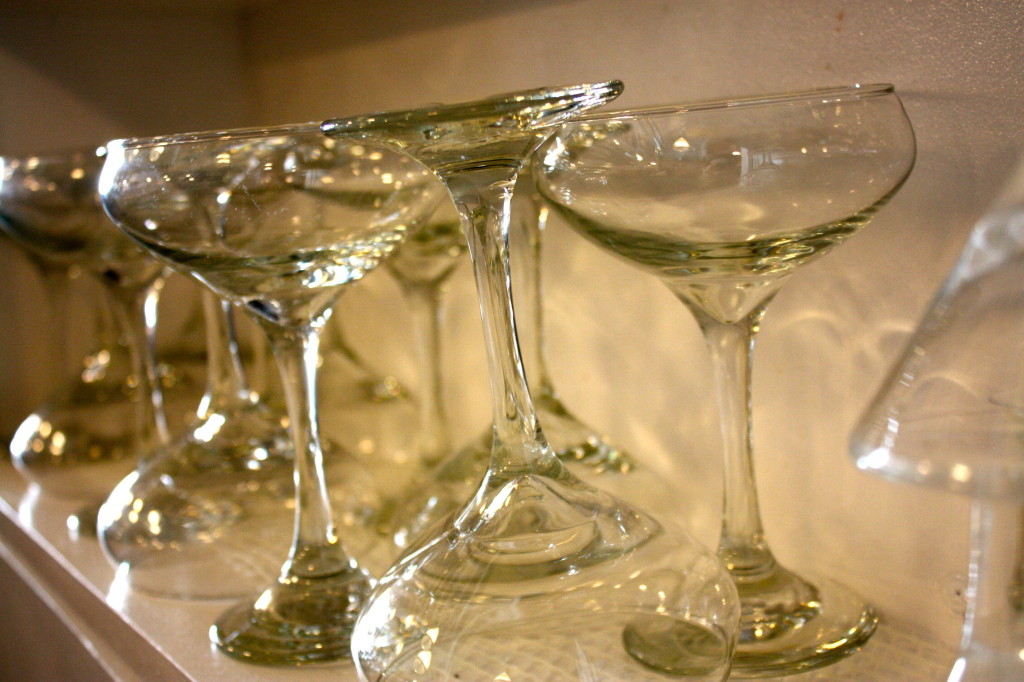 Currently off menu, my favorite boozy slushie can turn around even the toughest day. A variation of the Jameson based cocktail will be making an appearance at the upcoming St. Patrick’s Day Dinner.

I usually don’t get a menu, but hear the blender firing up my favorite frozen cocktail before I’ve even had a chance to consider my order. These days, I always ask for a menu. They’ve broken me of my comfortable habit, but in the most interesting of ways.

The bartenders at Hanks on the Hill have taken on a daunting task: create a new cocktail menu every week of 2014.

Not many bars have the talent or patience to take on this project. When I asked Bar Manager, Mike Saccone, where the idea originated he answered, “After hours drinking… where all great ideas come about!”

“That’s where the concept for Suburbia came from, too!”

There are equal parts work and whimsy inspiring the two mixologists behind the concept. Their opposite personalities seem to create an effortless working relationship; Jason Strich is the unflappably calm yin to Mike’s cheeky and spirited yang.

Many of the cocktail names have quite risqué names. It’s clear these guys not only take their craft seriously, they have fun with it. Each week’s theme draws on a mixture of current events, pop culture, wit and whimsy.

Cocktails can be as innoucously named as “Pretty in Pink”- a nod to the recent birth of DC mixologist and Hank’s partner, Gina Chersevani’s baby girl during “Gina’s Having a Baby” week- to “I Don’t See Nothing Wrong With a Little Bump and Grind” from “That’s my Slow Jam” week.

An enigmatic “Italian Gentleman” shows up periodically on the menus, always with a new development to the fictional character’s plot, associates and mythology.  Last week’s iteration was not only delicious, but rewarded returning patrons with a new twist.  By the end of the year’s cocktail experiment said gentleman is sure to have built up a Bond level aura of mystique and intrigue. Shaken, not stirred.

The “Italian Gentleman, a Jewish Con Man, an over-eager FBI agent and the Corruption of Camden, New Jersey”- A refreshing and slightly tart mix of Ketel One Vodka, Galliano, Roasted Lemon Parsley Soda and Aperol.

Menu themes coming soon: “It was all a dream”, “College Spring Break”, “March Madness”, and more!

A lot of the cocktails have salacious names that are quick to make one blush. This is a direct nod to the cheeky sense of humor the mixologists throw into the otherwise daunting professional challenge. “It is hard to get people to order the cocktails by name sometimes. They’ll say, “The whiskey one…”

“We reply, ‘I don’t know which one that is…’ we’ve started forcing people to order them by name.”

“We don’t take ourselves very seriously here. These are serious cocktails, but we’re having fun with it.” -Mike

For these two cocktail aficionados, I thought the concept of drinking only one cocktail for the rest of their lives would be a hard question to answer.

Mike’s answer was quick, “Sailor Jerry and Pineapple. That’s my dirty little secret.”
Jason wavered slightly, “Well, honestly I like straight tequila…or a Margarita. But Gin and Tonic- that would have to be it.”
Mike chimes in with a grin, “We’re simple folks.”
“What gin?” I ask Jason, knowing there would be an answer. “…depends on the tonic.”

Maybe not so simple, after all!

These picks and more will show up on the “What’s your Favorite Drink Menu” the week of March 27.

Although the concept is exciting, it can leave drinkers who fall in love with a new libation out of luck the next time they stop in. To date, the most popular cocktails have been “I Know what Boys Like”, “Drunk in Love” and the “Alabama Slammer”.

Not just for show: The mixologists incorporate salts, spices, herbs and barks into their weekly cocktails.  Juices, extractions and syrups are all made in house with incredible attention to detail.

After seeing what goes into prepping these cocktails, I can honestly say that $12 is a bargain. Although the names and themes might be cheeky, the cocktails are top notch, featuring freshly squeezed juices, house made sodas, simple syrups, and endlessly creative combinations that will break you out of any cocktail rut.

“We take [this project] seriously but we make it work. Nothing’s off limits.”

In reality, they are quick to give credit to nationally acclaimed mixologists Todd Thrasher, Gina Chersevani, Derek Brown. “They started it.”

Check out this week’s menu.  They debut each Thursday:

Have you tried any of their weekly cocktail concoctions?  Which have been your favorites?